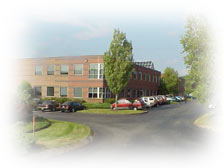 April 1, 2012 (Boston, MA)-- Cloud Hosting company Media3 Technologies announced today that in cooperation with Sir Richard Branson of Virgin Atlantic, they have broken ground on the first ever planetary datacenter for cloud hosting.

In April 1, 2011, Sir Richard Branson announced his purchase of the former planet Pluto for an undisclosed sum and his intention to have it reinstated as a planet by bulking it up. Soon after the announcement, Virgin approached Media3 with the concept of hosting "above the clouds" and lengthy talks ensued, culminating in today's exciting announcement.

"We're delighted to work with a true pioneer like Mr. Branson and to do what we can to help increase the planetary mass of Pluto" said Media3 CEO Bob Hayes. "I truly hope we can put it back to it's rightful status as a recognized planet."

Sir Richard Branson said: "Virgin has expanded into many territories over the years, but we have never had our own planet before."

"This is really one small step for man and one giant step for mankind" quipped Chris Rodden, Media3 Administrator.

The datacenter, expected to provide Media3 with enough capacity for the next millenium, will be fully operational by April 2013, just ahead of Pluto's reinstatement hearing before the International Astronomical Union (IAU).